Create an Unforgettable Event with Steeldrums 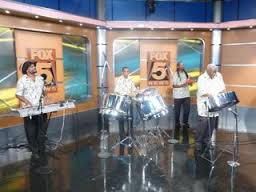 Caiso which stands for the Caribbean American International Steel Orchestra, is one of the most popular steel drum bands in The Dc and Baltimore area. Their music derives from Soca, Reggae, Calypso, and Latin Jazz influences and are an instrumental group but include vocals in their presentations. Caiso has been in the music industry for more than 30 years and has featured in many concert and community events as well as introduced national distinguished bands such as the Beach Boys and Jimmy Buffet. They infuse steel band music is inspired by artists such as Len Sharp, Leon Edwards, Andy Narelle and legends like Bob Marley Jimmy Buffet and Mighty sparrow.

They are a very popular and well-known band that provides live Caribbean Steel drum music for any occasion such as weddings, birthday parties, social events, and performs for many charity and fund raising events.  The Caiso Band was formed when the members entered DC from Trinidad where they sustained their music culture. There are three members that form The Caiso Steel Band and include Mike George, who plays the Cello, double seconds, David who plays the Tenor, double seconds, Cello and bass, and Michael King who plays the Cello. What makes Caiso Steel Band distinct from other bands is the unique and distinctive sound that gives a sense of joy and happiness. When you hear their music, you can literally envision yourself in relaxing on the beach.

Caiso is a band that likes to stay active in their community and frequently performs for schools, Veteran’s homes, and fundraising events. They were also part of the US Military Troop Good Will tour and took a trip to Kosovo where they performed. Caiso Steel Band takes pride in being part of your special event and enjoys setting the mood and lifting your spirits with their music to make it an unforgettable day.