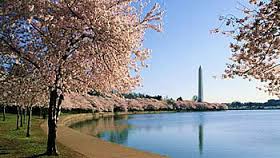 Finally, spring is coming and the anticipation is building!  Cherry Blossom time in Washington, DC is referred to by many as the Capital City in Bloom.  The annual Cherry Blossom celebration is underway in our nation’s Capital.  The National Cherry Blossom Festival has more than 1.5 million visitors make their way to see the beauty of thousands of fluffy pink blooms.  This is an annual celebration marking the end of winter and the beginning of spring.

The National Cherry Blossom Festival honors the long friendship and lasting relationship between the United States and Japan.  In 1912 the mayor of Tokyo presented the United States with a gift of over 3,000 cherry blossom trees.  Since then, millions have visited Washington DC to take in the beauty of the blooming trees and celebrate the special ties between the US and Japan.  The first two trees from Japan were planted on the north bank of the Tidal Basin in West Potomac Park.  Plantings of the cherry blossoms spread from there.

Events during the National Cherry Blossom Festival include a diverse program of daily activities and exhibitions for every member of the family.  A large number of them are geared toward learning and understanding more about the Japanese culture and the history behind the beautiful cherry blossom trees.  Most events are free and open to the public.

The most popular time to visit the Festival is a few days before peak bloom.  Visitors claim this is time to see the most vibrant colors of the blooms.  The National Park service predicts peak bloom date.

There are many transportation options to get to the Festival.  Metrorail is popular, but many other public options are available.

The Royal wedding of Prince Harry and Meghan Merkel 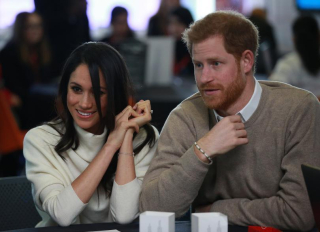 The Royal Windsor wedding between Prince Harry, 33 and Meghan Markle 38, slated for May 19, 2018 is probably going to be the wedding for 2018. It promises to be a grand affair and everyone is increasingly looking forward to the big day. The news making rounds is that Harry and Meghan are inviting almost 3,000 people to celebrate with them in Windsor. The invited guests who are to watch the procession are people from a variety of backgrounds and ages.

According to the statement released by Kensington Palace regarding the royal nuptials, the wedding will be a moment of fun and joy that will reflect the characters of the Bride and Groom. So many performers have indicated their interest and preparedness to perform if called upon by the royal couple. On February 27, Mel B. a.k.a. Scary Spice all but confirmed that she and the rest of the Spice Girls would be performing at the royal wedding.

One of the highlights of the last British royal wedding in 2011 was the soundtrack provided by English singer Ellie Goulding. Whether she gets to perform again or not, there are other potential singers to look forward to in May. Some entertainers who have indicated interest include Ed Sheeran, Sam Smith, British grime artist Stormzy amongst others who have volunteered and revealed how fulfilled they would be if they are allowed to perform.

Prince Harry is reported to have many A-list musician friends like Bruce Springsteen, Bryan Adams and Coldplay have performed in events associated with him in the past. This means getting the best of the best performers will be no problem at all. Markle is also known to have an impressive musical taste that includes favorites like Maggie Rogers, the Crystal Fighters, and Janelle Monae among other artists.