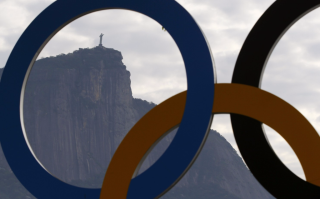 The greater Baltimore Washington Richmond-metropolitan region is used to movers and shakers making headlines. This summer, “Team DMV” athletes at the 31st Olympiad in Rio de Janeiro stopped the presses with an imposing tally of 22 medals, helping the US become the medal count leader with 120 total medals. Here’s the run-down;

Ginny Thraser of Virginia started the games off by winning the first gold medal in the 10-meter air rifle final.

Both the women’s and men’s teams won gold medals; Angel McCoughtry led the women’s team to victory against Spain, while Kevin Durant of D.C. and Carmelo Anthony of Baltimore helped defeat Serbia.

In the Bantamweight decision, Shakur Stevenson took a silver home to Alexandria, where he trains.

For the men, former Maryland high school student Kyle Snyder was the youngest American recipient of a freestyle gold medal, while for the women, Helen Maroulis of Rockville won a gold medal.

Bethesda’s own Katie Ledecky broke a couple of her own Olympic world records, and won four gold medals and one silver. At only 19, Ledecky is likely to break many more Olympic records.

University of Virginia alumnus Leah Smith won both a gold medal and a bronze.

Baltimore’s Michael Phelps departed from his Olympic career by winning one silver medal and five gold medals, one of which set a new record. Phelps has won more medals than any other Olympian in history.

Olympic rookies Townley Haas of Richmond, and Jack Conger of Rockville, swam to qualify the men’s team for the 4x200-meter freestyle relay. Haas advanced to the finals with the men’s team, which took the gold.

The US women’s team made history, by being the first American women to sweep an event — the 100-meter hurdles — with Virginia Tech alumnus Kristi Castlin winning a bronze medal.

Annapolis athlete Matthew Centrowitz also made history by being the first American to win the gold medal in the 1500-meter event since 1908.

Portsmouth, Virginia Olympian, LaShawn Merrit chalked up two more wins by taking both a bronze medal, and a gold. 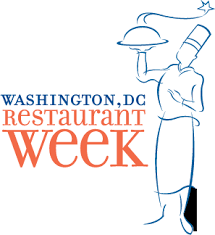 Restaurant Association Metropolitan Washington (RAMW) was founded in 1920 as a trade association that promotes development in the food service industry and restaurants in Washington DC. The association supports its members and helps them grow in business by offering education, training and brand promotions.  In the coming Washington DC Restaurant Week 2016, participants will have the honor to taste some of the finest food and wines from all over the world right here in the DMV.  Make your appointment early because deals for meals at the most exclusive restaurants are filling fast.

A new an exciting promotion from the organization is set from August 15-21st. Winners of the Fan of Lamb promotion will walk away with a massive Summer Lamb Pack. These will include among others: racks, loin chops and many others that will make your summer cookout worth it.

Here is the procedure:

1. Take a picture while eating an American Lamb dish in a participating eatery during the Summer Restaurant Week

2. With the hash tags #FANOFLAMB and #RWDMV, Tweet the photo and tag the food joint.

As simple as that and you can be the winner. Selection of the winner will be random from all the entries at the close of the promotion.

What more? Fine European Wines from Bulgaria is one of the sponsors and you will not only see but taste the best of Bulgaria’s fine wine. According to historians, Thracians started the wine culture long before Italy, France, and Spain. They were the inhabitants of the now Bulgaria.

Bulgaria today has some of the most distinct varieties of vine like Red Muscat, Gamza, Mavrud, Broadleafed Melnik and Pamid. Some sources suggest that Winston Churchill would order up to 500 liters of wine annually from Bulgaria.

How about sipping organic wine? Yes, you heard me right! Organic wine is one of the products Fine European Wines cannot wait to share. The wine production adheres to the European regulations. The crucial points being:

•    Farming ingredients used are purely organic such as sugar, RMC  (Rectified Must Concentrate), grapes and the likes.

•    Limited use of wine making supplements and additives

•    Electro-dialysis, over 70 degrees heat and de-alcoholism not allowed in the processing.

You will also get tips on how different wines are paired. Did you know that a meaty diet accompanied by the red 2013 Early Melnik is the real package? For every occasion and meal, there is a perfect wine to savor. Visit DC Restaurant Week for list of participating restaurants. 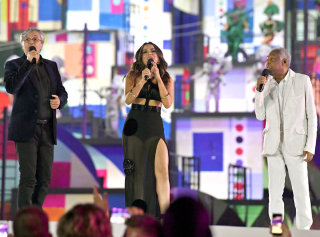