Apple Music and Spotify – Not so different at all? 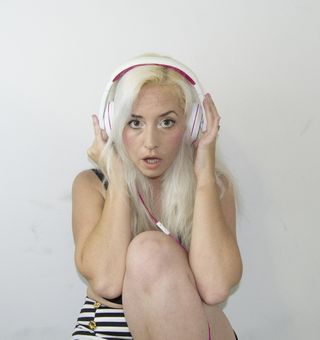 In 2015, Apple Music entered the battle for the throne of music streaming supremacy launching a streaming service in more than 100 countries. For $10 per month, users savor sounds from new and established artist. The service has been published for practically every Apple device. However, without doubt, Spotify is still holding the crown of music streaming king, with over 20 million subscribers plus an additional and tremendous 50 million users of it's free service; it's the reigning Champion of the music streaming industry.

On the other hand, Apple Music has almost two times less subscribers. While Apple might not have the goal to „compete“ with Spotify and absorb its market share, there is no doubt that Apple may take over first place in the future. Sure, two times less subscribers is quite a disadvantage, but when you consider the short amount of time in which Apple Music rose to this number (in less than a year), while the good old Swedish Spotify exists 10 years already, the competition suddenly sounds reasonable. A short comparison might show us how the battle will turn out in the future.

The monthly fee for both services is exactly the same, $10 per month and is quite affordable to most users. Apple and Spotify allow Offline listening available only to paid streaming subscribers. Free usage is available for both services, however pop up ads will periodically appear during music streaming.

Apple and Spotify family share plans had a difference until recently. Apple offers a good bargain to families: $15 per month for up to 6 family members saves a lot of money instead of 6 individual subscriptions. Meanwhile, Spotify offered $5 per family member, which would make the same service cost $30 per month.

However, a few days ago, the streaming services have become equal in family plan pricing. Spotify has upgraded its family sharing plan, making it $15 per month for up to 6 persons. A noted difference is each person has his/her own premium subscription.

If you are a music enthusiast always craving for new content. Spotify might be the right solution; it has options of playing various songs, depending on your mood and situation. On the other hand, Apple Music aims to discover your music tastes and shuffles songs by your favorite artists. As the digital music rivalry for consumers heightens.  The music streaming industry will continue to grow creating a marketplace for established and independent artists to discover music consumers and vice versa.