« Remembering Those that Should Never be Forgotten: Memorial Day, May 30 | Main | Apple Music and Spotify – Not so different at all? » 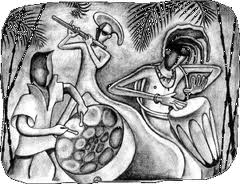 Ask anyone, even Jazz experts or Jazz musicians and they will have very different definitions to describe the music or they will tell you that defining Jazz is impossible.  It is of course easy to identify when you hear it despite the diversity of the genre.  It is a home grown, United States born music with its birthplace credited to New Orleans and it is highly associated with the South.

To understand how diverse the genre of Jazz music can be one has only to view some of its subcategories: Bebop, Ragtime, Dixieland, Cool Jazz, Hard Bop, Modal Jazz, Free Jazz, Latin Jazz, Post Bop, Soul Jazz, Swing Jazz, Jazz Fusion, Jazz Funk, Smooth Jazz, Acid Jazz, and Punk Jazz, and many others, actually many, many others.  The word "Jazz" is as hard to define as the music itself.  The origin of the word has been heavily researched and the American Dialect Society named it the "Word of the Twentieth Century" because of the difficulty in finding the origin and original use of the word and the amount of research that has gone into understanding the word.  Despite the music being played many years before the use of the word "azz" to describe it, the use became common in Chicago around 1915.  The first use of the word found is actually in a baseball article from 1913 and it was not associated with anything having to do with music, instead it was a form of slang mostly heard on the West Coast, yet it soon became a well known term for the unique and individualistic music to become well known as Jazz music.  There are many that claim to have first used it to describe the music genre.  Wherever the origin, it is one of the most recognized terms to describe a music genre despite there being few that can define it fully.  The music just defines itself without words having the ability to fully do it justice.

"Individual and unique" are very good words to describe Jazz.  The Jazz artist is often considered to be interpreting the music when they play.  It is usually enjoyed live more than recorded due to the ability of the musician to individually interpret and play the music differently throughout performances.  This is a unique property of Jazz music.

What has been commonly known as the "Jazz Age" is the time period of the 20's to early 30's that included the rise of speakeasies" where an older generation regarded the new music played in these clubs as immoral.  It was so degraded by many that were threatened by the new wave of music, that they even blamed Jazz as having caused a heart attack of one music composer.  The music persevered past its critics and soon there were standout Jazz musicians that were making a name for themselves that would keep them as historical figures.  Louis Armstrong, Bessie Smith, Miles Davis, Billie Holiday, and Duke Ellington became well known and respected musicians and helped bring more fans to Jazz music.

Jazz has been described as "moving, passionate, and strong music influencing the senses of the body and soul".  For those that discover a love for their particular brand of Jazz, it becomes a sought after music for times of relaxation, rejuvenation, and celebration.  For those that have yet to fully discover all that Jazz Music has to offer, visiting a live Jazz concert, or a Jazz festival can be a very enlightening and enjoyable experience.  Due to the popularity of Jazz and its American roots, there are many opportunities for someone to experience the music live in clubs, concerts and events across the United States.

One of the most popular Jazz Festivals on the east coast of the United States is the DC Jazz Festival, or lovingly nicknamed the "DC Jazz Fest".  It unofficially kicks off the Summer season for those that are familiar with the event.  It takes place this year from June 10 through June 19 and will include over 100 performances at over 45 venues across the city.  It is the largest music festival in the Nation's Capital.  The festival offers a wide variety of Jazz music types and top musicians from all over the globe.  There is not a better place to get a real lesson in Jazz Music.

CAISO is proud to be a part of the music performance lineup for Jazz in the Hood showcase and will be performing on June 10 from 7:30 to 9:30PM at Gallery O on H, 1354 H Street Northeast, Washington, DC.  For more information on the DC Jazz Festival visit their twitter feed: Annual DC Jazz Festval.