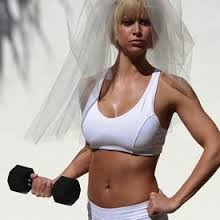 Brides have a conflict as soon as they set the date for their wedding day.  The date is the one day they want to look their best but the stress leading up to it can completely rob them of that opportunity.  To look your best, feel your best and enjoy each and every moment of your special day it is important to take care of yourself.  It will mean putting aside time that is spent solely for the purpose of decreasing stress and increasing strength, stamina, and your immune system to best handle the many demands of wedding planning.

The most important thing is to prepare for a busy and exciting day ahead.  You want to enjoy the time surrounding your wedding day and the time after.  It takes a healthy body, a rested mind and strong emotional outlook to make the most of this special time.  Make “you” as much of a priority as the other things on your wedding to-do list.  Make sure your groom does the same!

We’ve helped ease the stress revolved around choosing a live band for your reception.  You will find our booking information, a song list sample, as well as song downloads for your listening pleasure on our site.  CAISO is a premier performance band with the experience and skills to make your reception special and ensure the ambiance of your event is set to reflect a joyful and memorable time. 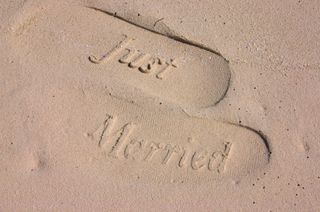 Are you and your fiancé from different cultures?

Blending cultural traditions together to create a splendid wedding and reception can be an rewarding. As you begin planning consider which ethnic and religious components mean the most to you and you partner.Creating a wedding that demonstrates respect for both cultures can be absolutely fabulous.

First things first, sit down a talk to your fiancé about which traditions are most important to you.  Then consider the budget, date, venue, and fancey frills.  Communication is key, be open about what to include in the ceremony, be mutually respectful of each others opinions.

Next, talk with both of your families (it may be best to do this separately) to consider their advice in the ceremony planning.  Let them know that you would like to respect family traditions and combine them in the planning process.

8 Tips to Consider when planning a culturely mixed wedding:

Remember, every couple is different, your wedding is about you and your spouse.  It is the beginning of a journey in matrimony that will take you to places you have never been.  Merge your style, values, and characteristics together to create a beautiful and unique event that collaborates both cultures.

Warning Don't Try This At Home: Leave Steeldrum Construction to the Music Masters 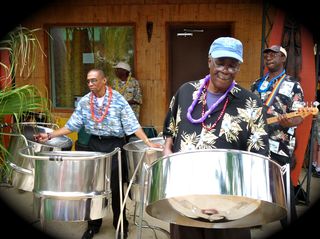 Everyone loves the rhythmic sound of steeldrum (also known as steel pan) bands.  During the summer there's not a festival in the entire US, Canada, and UK that does not boast of a steeldrum band included in the music performance lineup.  More and more, the sound is used in product branding for anything that is consumed, bought, or used during the summer months.  Then the steeldrum sound is used to lure us from the depths of winter and dream of warmer days as advertising reminds us we should start planning for the next summer’s vacation.  The steeldrum is no longer the once rare instrument to be heard, it is now incorporated into any music that is intended to make you feel happy, carefree, and joyful - a commercial, a movie, or a wedding reception.

Training classes to teach the steeldrum are held in corner mom and pop music stores, community centers, and in top University music programs.  Steeldrum bands are sought for major music performance events and steeldrum student corps are becoming more popular in major cities.  Through the progression of the instrument and its deep acceptance into music genres and culture there have been major advancements in the construction of the steeldrum.  They used to be constructed by a steeldrum music master craftsman from the area of its origination in Trinidad and Tobago.  Now it is still a handmade instrument but the process is more streamlined and some parts are more preciously carried out by the help of computerization.

Recently there has been much attention directed at the dangers of one choosing to make an attempt at constructing their own steeldrum.  Authorities are hoping the word can be spread of the dangers, especially to young musicians that are most apt to attempt their own construction.  The steeldrum is in fact made from an actual steel drum.  Cut, shaped, and tuned by shaping of the drum bottom, it is then finely chromed to produce a steeldrum.  There are other things steel drums are used for after their use for containment is no longer a desired purpose.  People use them for decorative pieces, animal feeders, and gardening containment.

The danger of constructing the steeldrum stems from what the barrel originally contained.  Usually oil filled drums are used, but the same type of drum can be used to hold other flammable products as well.  Unfortunately deaths and major injuries have occurred as people unknowingly cut into drums, that while empty, and some even attempted to be cleaned, still held flammable vapors.  Welding, grinding, or sawing all have the possibility of igniting fumes.  Experts say it only takes one-half ounce of residual material to produce enough vapors that when mixed with a spark or heating source could ignite and explode.

Unfortunately many who are uneducated as to the dangers have been seriously injured or killed.  Last week, in Ottawa, Canada a young high school student named Eric Leighton, 18 years of age, died after cutting into a metal steel drum in a shop class.  The explosion that occurred also injured four other students and the teacher.  The drum that was being cut is thought to have contained peppermint oil.  The students were not going to make an instrument but were going to cut the drum and use it to make a barbeque grill.  The school board has now put a temporary band on students cutting into any drums in which there could possibly have been a combustible substance.

There are many documented cases similar to the one that occurred in Ottawa, so much so that there are specific guidelines produced by organizations, government authorities, and insurance providers and even steeldrum makers warning of the proper cleaning procedures and precautions that must be taken when repurposing a steel drum.

For those that are looking to find an affordable steeldrum, there are used ones that can be found through secondary markets.  There are also practice and learning products that are steeldrum-like and provide an affordable choice to begin playing a steeldrum.  No matter, the steeldrum instrument construction should be left to the experts, whether from a studio, factory, or the backyard of a master steeldrum maker. 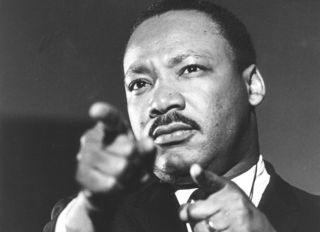 "Love is the only force capable of transforming an enemy into friend."

A famous quote by the Revrand Dr. Martin Luther King Jr, inspired by love, angered by injustice, fueled by faith; he is a heavyweight champ of heroes. A nonviolent crusader against "Jim Crow" laws of the south in the 1960's. Dr. King stoked the inner fire of the civil rights movement; he is the only non-president to have a monument erected on the United States national mall.

In Washington DC, the political brokers call the shots and fans love the Washington Pro football team, Wizards, Capitals, and Nationals. This time of year people are excited about new years resolutions and some are making "vision boards" to pursue business, personal and social goals. Such as volunteering there time and talent to a good cause celebrating community service, making Martin Luther King Jr day a time to focus on giving back to others.

Click the links to learn of local day of service projects and MLK Day celebratory events in Washington, DC area and across the nation. 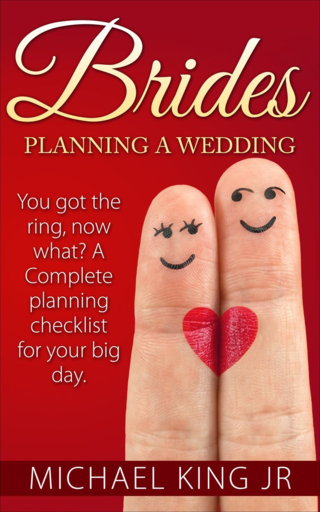 Finally, you are now capping your long engagement with a grand wedding. You can already hear the bells ring from afar. You envision people smiling as you and your special someone exchange wedding vows. And that magical kiss—who doesn’t want to witness that magical kiss? But let me pop out your fanciful bubbles. Yes, you’ve got a ring, now what?

Wedding nuptial preparation can be a tedious process. Consider the following tasks: selecting theme/venue, picking a dress, choosing the date, catering and entertainment, finalizing guest list all need careful consideration. It can be an overwhelming process and for that, “Brides Planning a Wedding” eBook can be your introduction for bridal trends and unique wedding ideas.

This FREE eBook will guide you along the way to finally make your vision come true. Here are some of the things that “Brides Planning a Wedding” can help you with:

Doing a timeline of task - avoid cramming that can ruin the positive mood of a supposed-to-be happy day.

Choosing invitations: Choosing the right graphics designer or a wedding invitation printer is one of the first things you will have to face.

Budgeting 101: There are many ways on how to budget your wedding, and it will be best to learn them so you can save more for other things.

Groom preparation tips: Your wedding planning checklist should not only be all about bridal trends. Grooms must also know how to prepare for this wonderful experience.

Developing your Vision Board 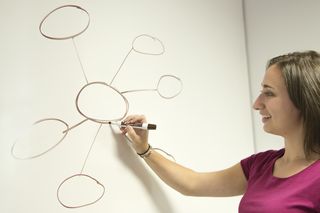 We’ve all sat and thought about what we want to do with our lives. Too often, many of us think of brilliant ideas, but let them fall to the wayside. If you’re tired of letting your dreams pass you by, it’s time to start developing your own vision board.

A vision board is a tool that helps you take the ideas you’ve been visualizing, and make them a reality. Instead of leaving those clear, colorful and compelling pictures in your mind, you turn them into a physical representation of your future success.

The idea is that you pin pictures that represent your goals onto a board, such as a cork or tack board, to give you a physical picture of what you’re hoping to accomplish. It could be anything from travel, to work, to school—as long as it’s important to you it matters.

A Vision Board can help you achieve your goals in five ways: Without a clear vision board you will get sidetracked off the path.  You are liable to spend days if not months going in circles and sideways as other things pull your focus away from your goals.  By the time you get back on track you are far behind where you would have been had you been following THE PLAN.

We would like you to keep CAISO in mind when it comes to any goals you are setting for your New Year.  Whether it is promoting a new business product launch, unique marketing approaches, planning the Wedding of your dreams, or organizing the celebration of a lifetime – WE CAN MAKE THE DIFFERENCE in helping you make the most of the opportunity at hand.  Contact us and achieve a greater level of success in 2015!  Happy New Year!