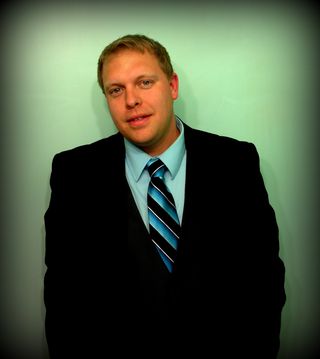 Recognized as one of the elite percussionists, professor, and performer on the live music scene. Aaron Abrahamsom Cote believes, "music is an energy that breaks through anything".  Mr. Cote, founder of Cote Percussion in this exclusive Q & A shares his insights on his latest project Sea Breeze, his musical inspirations, the Newport Bridge Fest and his band Panoramic View.

Which band and/or musician has influenced your musical style?

Perhaps the real question is, which band and/or musicians HASN'T influenced my musical style? Honestly, whether I'm playing pan, percussion or drum set, I incorporate different elements of everything my ears have ever ingested. My band has played original tunes that were mistaken as Jobim tunes. When we play as a quartet, we perform almost entirely original music. But we've been crossing into rock venues, and lately, I've covered Alicia Keys, Lorde, Sublime, The Roots, Daft Punk, and others. I'm working on getting Wyclef, Rancid and Estelle into the mix for an upcoming show with Bim Skala Bim, King Hammond & The Copacetics. We always throw in at least one or two standard swing tunes. Another one of my bands opened for Jonathan Scales in April, and I pulled a pan solo over the organ riff from The Doors' "Riders On the Storm." Scales is gonna be a pan legend in his own right. I suppose you can't answer this question without a shoutout to Andy Narell and of course, all of the legendary Calypsonians! But... everybody influences my style. I have a long way to go, but if I want to name who I'd like to be when I grow up: Victor Provost. That cat's magic!

What was the first tune(s) you learned?

I got "Pan Tunes I" from Tropical Shores Productions, and learned the melodies in that book. Most prominently "Yellow Bird," "The Hammer," and "Maryann." Then I realized pan sounds better if you can harmonize with yourself. Eventually, I dropped the tracks and started playing solo, duo and with my quartet Panoramic View. We play a lot of original music, interspersed with jazz covers, pop tunes, and standard Caribbean repertoire. 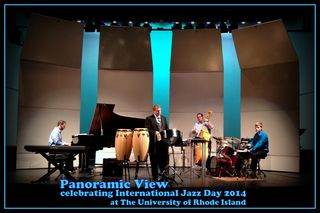 Who was your first music teacher? Other teachers that most influenced you?

A few teachers really stick out in my journey. One of my music mentors from childhood passed away when he was 28. He was a little rough to deal with because he had high expectations of me. We had a fight the night that he died, and that fight inspired me to constantly prove myself to him. I wouldn't have changed our relationship for anything. I needed that tough love and inspiration. Now that I'm 28, I can see it from his perspective. My college professor, Jon Crabiel at Butler University, taught me that no matter what percussion instrument I'm playing, it's always going to be fun if I make fun. He's also a role model in every sense of the word. Obviously intense graduate studies with international marimba virtuoso William Moersch helped. I should also thank Brad Shores and Mallet Man for their continued inspiration and assistance. There were other individuals who gave me guidance on the way - Jack & Barbara Renner, Cabo Jack Cenna, and others who never taught me in the traditional sense, but have simply been there to give me feedback and set me straight. Everybody is a teacher in some way.

What are your fondest musical memories?

There are a few categories to this:

First off, being in the presence of the great musicians.
Any time I get backstage face time with an artist - The Roots, Esperanza Spalding, and the list goes on. We all learn from experience, and when you get to have a few meaningful conversations with another artist, you start to gain their experiences. I've been fortunate enough to have connections to a lot of big time artists - most notably Dave Brubeck. In fact, that's where my tune "Newport Rain" came from. You can read about it in my book. Playing that tune always brings back memories of Brubeck. There are some amazing musicians I've been able to play with - Bobby McFerrin, Glenn Kotche from Wilco, etc.

Second, watching live music that makes me move.
Right now, one of my favorite bands to watch is The Copacetics from Providence. They're a 7 piece reggae/ska band with a fantastic live show! And they're guys who live down the street. I guess the point of this is, pick up your inspiration from everybody!

Third, experience.
Life inspires music. Music inspires life. I learn so much from live that goes into my music, and vise versa. Music is more about experience than anything else. Because of music, I got to travel the world and perform from Turkey to Hawaii. Because of those travels, I picked up pan. Because of pan, I was inspired to write music, which eventually got us in touch. I am fond of ALL of these musical experiences. I try to play and/or attend as many live shows as possible to keep my experiences fresh!

As director of the Newport BridgeFest (music festival), what is your vision for the event?

Newport BridgeFest is a local music festival that I stumbled upon by mistake. After playing for a few years, I was asked to direct the festival. We've grown so much in the months that I've been active as Festival Director, simply because of the collaborations we form with other organizations across the community. My goal is to represent EVERYBODY involved in the process. Music is a community. This year we're focusing on a number of things: Incorporating other art forms, starting an annual art festival, bringing in new genres of music, larger events, environmental awareness, relationships with the education community, and start a BridgeFest Music Scholarship Fund. We're excited to continue our relationship with George Wein and the Newport Folk & Jazz Festivals! This is a new playing field for me. I'm not a booking agent or show promoter. I'm a musician who is blessed enough to be in a semi-influential position in the arts community. To me, that means I can act as a voice for the artists and the community.

What was your inspiration for your new Steelpan book "Sea Breeze"?

Returning from a 5 month tour, I had some down time and sat at a piano to play through some standard jazz tunes. After a few days of this, I realized I constantly had brand new melodies brewing in my head. I recorded some of them, and began writing them out as lead sheets for my band. Within a year I had over 50 tunes, had performed them with live groups in numerous states, and decided I wanted to hear how OTHER musicians interpreted them. First, Panoramic View recorded backing tracks. I played all percussion and drum set, and we used bass, piano and some guitar. I realized that too many rhythm section players in my area had never experienced Caribbean music. There's always a drummer willing to play, promising he can "fake" Caribbean beats. I don't want to pay musicians who fake it. So I decided to make their job easier by writing a "Rhythm Section Style Guide" to accompany the tunes. Now other live bands can easily understand how to read and perform my music. The book contains 20 Caribbean Jazz tunes written in lead sheet format, good for ANY instrument (not just steel pan), and comes with 2 CDs of backing tracks recorded by 11x Grammy Award Winning engineer Jack Renner from Telarc Records. Hillbridge Music released "Sea Breeze" in February, and it has already been performed in college recitals, cruise ships, wedding gigs, restaurants, and collegiate percussion exams. It's an honor to be represented in an artist roster that includes so many legends, including Jeff Narell, Ray Holman, Robbie Greenidge, Franz Grissom, Jimmy Leyden, Tom Miller, & Gary Gibson! I'm glad the tunes that started with me whistling in the shower are now being performed internationally! And yes, I already have more books on the way...

How were you introduced to the Steelpan instrument?

The first time I touched a pan was at Butler University in 2004. I was terrible. As a percussionist, the note pattern didn't seen to have any rhyme or reason. I played 1 or 2 tunes in the ensemble each semester, and moved from cello pans, to bass, seconds and eventually lead. At a recently workshop I did, my professor Jon Crabiel reminded me that it's been a long journey! He was surprised that I'm getting pretty fluid at this point. After 2 years focusing on classical percussion in Graduate School at the University of Illinois, I landed a job playing nightly in a jazz trio social club environment on the Holland America Line. We traveled from Europe to the Caribbean, and a seasoned Vegas musician suggested it was time for me to pick up pan. So I grabbed a pan and locked myself into a room 5 hours a day for 90 days before I played my first solo pan gig. At first, repertoire was based on backing track availability, but that's not a true look into pan culture. It's a way of learning tunes. At this point, I try to play exclusively with live musicians to embrace improvisation, live interaction and collective musical energy! I got sick of playing the same tunes, and eventually wrote a few hours worth of originals. My book comes ready for either situation. I'm currently playing Ellie Mannette signature lead pans, and have had help along the way from Mallet Man.

What elements make up a good music jam?

Do you have a funny story that you would like to share about an event in which you performed?

One time I was playing a show with comedian/actor John Ennis (Mr. Show, Malcolm In the Middle, etc), and at the end he turned to me and mentioned that the last time he performed that show, it was with the band members from A Perfect Circle.

I've had quite a few people walk up and ask me if I'm really playing, because they don't believe pan can "really make all those sounds."

And just last night I played a bunch of pop covers on pan, and a girl started trying to dance on me while I was performing, and at the end of our last set she yelled "I wish I knew you before I got married!" I made a point NOT to get her name.

Any upcoming performances in the DMV?

I've been trying to get there to do a workshop with the University of Maryland percussion studio! Every time I'm in the area, school hasn't been in session! So right now, no. I also owe Mallet Man a visit, so I can foresee it happening soon enough... 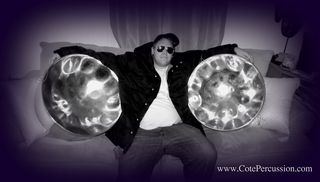