Let's Bring Christmas in with Music - My Favorite Time of Year!

It's Christmas Eve!  Rather than letting the things left on your to do list distract from what can be a wondrous day due to the presents not purchased, the wrapping not done, or the lack of things under the tree, focus on the Reason for Season - and let the pressures and stresses we create on ourselves roll from your shoulders.  Lighten the burden!  Brighten the heart!

Throughout the day we will be sharing with you some special Christmas music.  We hope you will take a few minutes and listen and perhaps we can help you relax and enjoy this day.

We hope you enjoy this new Christmas song "My Favorite Time of Year" by The Florin Street! 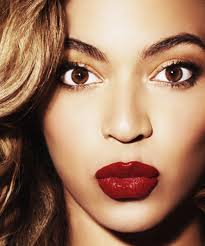 The music industry felt a major shift this past week when in the dead of night without any pomp and circumstance the singing sensation Beyoncé released her latest album.  Unlike the long and drawn out PR stunts and music leaks of other music artists, Beyoncé let the product speak for itself.  There was no hype just substance to be judged on its own merit after the first notes were heard.

Along with the album she released teasers of the videos that will be released as singles are issued from the album.  This made the video release not only an audio release but also a visual one.  The news spread quickly and not only were news agencies reporting on the album but social media was buzzing with positive promotion that did not require someone swinging naked on a construction wrecking ball.

It was not only the way in which Beyoncé released her album that was refreshing but the fact that she remained an artist and let her music be the forefront of getting her name in the news.  It was very unlike the latest stunts of other top performers that have been compelled to sell themselves short with promotional news that had little to do with their art form and more to do with attempting to get trending spots on social media and news listings with personal antics.

Her self-titled album surprise release on Friday was a success in the promotional arena but it also was a success in the sales category where it counts.  It broke records for first week sales which was actually only three days long for the counted time period.  It became the first week record selling album for U.S. iTunes store with 617,213 downloads.  Worldwide there were 828,773 downloads which set a record for global iTunes sales which also made the album the fastest selling album in iTunes history.

It is currently the number one album in 104 countries

It is the biggest sales week ever for Beyoncé

With such surprising numbers and the exceptional word of mouth promotion of the album there will no doubt be others that will attempt to replicate the success of Beyoncé with her latest release.  The ability to purchase immediately upon the anticipation of a new album mirrors the “quick in hand” demand from today’s customer.  The long drawn out publicity and early single release strategies that used to work leave the public bored and moved on emotionally by the time they can purchase.

This same selling strategy is likely to be replicated in other industries such as the movie industry and fashion.

What do you think of the tactic used in releasing Beyoncé’s latest album?  Do you think it was a smart move, refreshing, or do you like a head’s up on when to expect a new release?  Let us know with your comment below.  We also invite you to check out our free downloads section and the latest album release from CAISO.  For booking a live performance check for more information here: Booking or contact us through here: Contact. 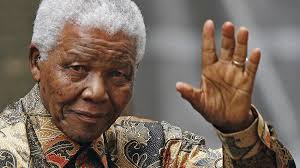 Nelson Mandela passed away on December 5, 2013 at the age of 95.  It is hard to imagine that such an iconic figure has gone but that is due to the fact that the man himself had such a deep and profound presence on this earth.  His strong belief in unifying brought respect from the world and his legacy will continue for generations to come.

There is much to learn about the man and his life.  There could be college courses to cover the intricate moments of his life and what led him to believe and act as he did throughout his life and more would be left to learn.

One area of his life that is obvious to those familiar with his life and should not go unnoticed by others is his relationship with music.  He used music to connect people and to inspire them.  He saw music as a way to reach people in a way that words could not.  With music walls could be broken down so that actions could be observed.

There was an excellent report done by NPR with a plethora of information about how Mandela and music were intertwined and it is not to be missed.  You can read it at length here: "The Mandela Playlist: A Life And Legacy, Told In Music."

During the premier performance in London on December 5, 2013 attended by Prince William and Catherine, Duchess of Cambridge as well as Mandela’s daughters Zindzi and Zenani the performance was interrupted with the private announcement of Mandela’s passing to his daughters and the royal couple.  At the closing credits of the movie, producer Anant Singh and Idris Elba, who plays Mandela in the film, took the stage and informed those attending of the leader’s death.  A moment of silence was held by all attending.

The film has received by critics with mixed reviews.  The lead actor Idris Elba has been offered high praise from those that consider him the “Mandela” for the ages as far as film adaptations.  Most of the negative reviews are that the film failed to capture one moment or another.  In other words, there was more than could be told in one film, more than could be told within hours on a screen.

Nelson Mandela’s body arrived in his ancestral village in South Africa’s Eastern Cape province of Qunu Saturday and will be laid to rest Sunday when the sun is at its highest point in the day.  It will be a private invitation only burial with approimately 400 guests in attendance. 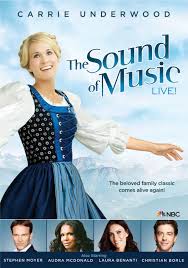 The hills are alive or rather they are going “live” with the NBC live broadcast of the original stage version of Rodgers and Hammerstein's “Sound of Music”.  Star of the show, Carrie Underwood, and the other talented cast members will be handling their nerves around 7:58 EST on Thursday as they prepare to bring the much loved musical to the television stage in a live performance at 8PM.  Much has been shared about the event leading up to the golden hour and if the audience is responsive and turns in it could mean more live productions of Broadway caliber plays coming to your living room.

The show’s first notes will be sung out by Broadway veteran, Audra McDonald, winner of five Tony Awards, as she takes on the role of playing Mother Abbess.  In the Behind the Scenes broadcast last week it was obvious the casting director knew what they were doing as she sings out the Latin hymn that leads the production.  Her voice is amazing and will immediately captivate the audience.

Favorite songs performed by Maria and the von Trapp children such as “My Favorite Things”, “Do-Re-Mi”, “Sixteen Going on Seventeen”, “Climb Every Mountain”, and the well-known “So Long, Farewell” have been rehearsed to perfection and few will likely notice any errors committed on camera as the children chosen for the roles are exceptionally likeable and who doesn’t love Carrie Underwood?

“True Blood” star Stephen Moyer has been cast as the widower father Captain von Trapp and is set to surprise longtime fans of his acting career on the vampire series as to his skills with vocal work.

The Thursday night production of “Sound of Music” will be the first Broadway musical performed live on network television since 1955.  The last production was of “Peter Pan” which starred Mary Martin, an actress also well-known for her portrayal of Maria in the Broadway original of “Sound of Music” for which she won a 1960 Tony for Best Actress (see her inspiring acceptance speech by clicking the previous link).

The producers of the musical explained that they were searching for actors that were capable of doing their performance live and without several takes.  This is why Carrie Underwood stood out as she has the experience of singing live in thousands of concerts.  However, no one expects the production to bring a flawless event.  Things happen with live TV just as they do on the live stage and that will be what makes it truly amazing when so many things do go right.

The hopeful and expected result is that the U.S. audience will tune in to see the production at a high level.  Networks will then take notice and begin to fill their programming with other viewing opportunities to expose children to the arts.  A future recording star, actor or actress, Broadway Tony winner, professional musician, or song writer could be inspired by viewing the family appropriate event - so gather the children around the TV and enjoy a truly important event on Thursday evening at 8PM EST on NBC.