Thanksgiving 2013 Much Different Than Any Other 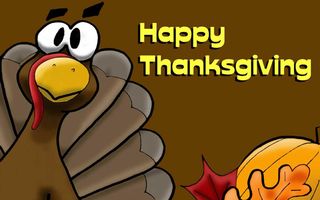 Thanksgiving 2013 will prove to be much different for many than any other in the past.  Obviously one of the differences will be that this year could be one of the worst for traveling than in the past few years.  The first big winter storm to hit the east side of the United States has caused considerable delays in travel, cancellations for some, and rescheduling for many.

Tradition for some families will be to attend the Macy’s Thanksgiving Day Parade which has been connected with holiday celebrations since it inspired the story of "The Miracle on 34th Street" over 66 years ago.  Those not attending will still be watching as they tune their televisions to see the first appearance of Santa for the Christmas season and the marking of the unofficial start of the Holiday season.  This Thanksgiving might be different for all though as the prevailing winter winds brought to New York City by Winter Storm Boreas.

The weather conditions will be closely watched by officials and should winds remain strong the much loved flying balloons associated with the parade will be grounded.  The only other time the balloons have been unable to fly were in 1971.  That means that many younger generations of viewers have always seen Snoopy, Kermit, and Felix the Cat, which was the first balloon introduced in the parade in 1927, soaring in the sky along the route and through the streets lined with towering buildings.  According to authorities, the balloons are filled and ready and a decision will be made at the last minute as to whether to allow the balloons to make an appearance.  No one wants to disappoint the viewers or crowds but the winds could keep them from flying.

The oversized balloons floating in New York are not the only thing that could make this holiday different for some.  Unfortunately there will be many that will have lost a loved one that will be missed around the table this year.  Others may be spending the holiday alone without a spouse or other family member near.  Some will have a family member overseas serving in the military and others may be ill and lying in a hospital or be without family near as they adjust to an assisted living facility.  Many will be facing the holiday jobless or having lost their family home this year.

We extend a heartfelt Happy Thanksgiving to you and yours from the CAISO Steeldrum Band and families.