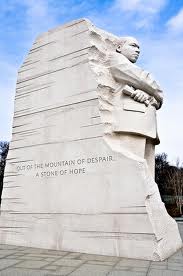 The National Mall in Washington, D.C. was filled with tens of thousands of people gathering to mark the 50th Anniversary of the famous and pivotal 1963 March on Washington by Martin Luther King, Jr. The commemorative celebration rally included an address by President Obama.

The rally was impressive and had a long list of speakers in attendance to address the half-century accomplishments and work still to be done in reflecting Dr. King’s legacy of racial progress and pursuit of equality. The event was sponsored by Martin Luther King III, the NAACP, and the Rev. Al Sharpton’s National Action Network.

Martin King III, remarked to the crowd, “Five decades ago my father stood upon this hallowed spot" and "crystallized like never before the painful pilgrimage and aching aspirations of African-Americans yearning to breathe free.”

Mr. King called his father’s “I Have a Dream” speech a call to action for all US citizens and the world.

He added, “The task is not done, the journey is not complete. The vision preached by my father a half-century ago was that his four little children would no longer live in a nation where they would be judged by the color of their skin but by the content of their character.  However, sadly, the tears of Trayvon Martin's mother and father remind us that, far too frequently, the color of one's skin remains a license to profile, to arrest and to even murder with no regard for the content of one's character.”

He then called for self-defense “stand your ground” laws to be repealed in the states where such action is lawful.

Rep. John Lewis, D-GA, was the youngest speaker 50 years ago at the original march and spoke today saying, “Fifty years later, we cannot wait, we cannot be patient. We want our jobs and we want our freedom now ... we cannot give up. We cannot give out.”

After the speeches, the rally attendees marched to the Martin Luther King, Jr. Memorial. The memorial was the first to be dedicated on the National Mall to a citizen and not a former U.S. President. They then proceeded to the Washington Memorial before dispersing throughout the city.

Could Writing Music Be a Dying Art? 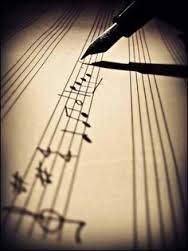 Today’s music has a sad trend going where most of it sounds like it is computer generated.  It sounds that way because it is – it is computer generated.  The music is made by computers and in many cases it is not only produced by a computer but it is also arranged and written by one as well.  While trends come and go in music it is alarming that the music being produced today is involving less and less originality and old school writing.

Gone are the days where someone sat with a guitar and strummed out music a few chords at a time and took a break to record down the sequence on paper with pen or pencil.  The same with a piano or keyboard.  While there is nothing wrong with technology advancing things along it would be sad for young people to not only miss out on music programs in their schools but for those with the longing to learn music to sidestep the hands to instrument type of writing music and reach for a computer first.

In an article published last month in the Houston Press titled “The Five Worst Trends In Pop Music Right Now” it was discussed that there are trends currently that are changing not only how music is made but how it is played and the lack of truly good music being produced.  Perhaps the best thing to keep music well and alive is for those who love it to support it in school systems where it has all but disappeared as a curriculum choice.  There is also a need for parents to keep their children exposed to live performances of all types of music genres.

In a busy world it is easy to be blind to the disappearance of things we grew up with and take for granted.  Music is important for so many reasons that it could take up an entire blog site to explore them all.  Music, which is what some of the noise produced today is called but few would agree it qualifies as such, should be revered as a treasure and by supporting the arts, discovering and supporting new original and talented artists, and employing live bands for events one can do their part of keeping music in the front of future generations.

Washington D.C. News You May Have Missed 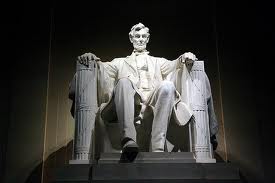 The Washington, D.C. area is full of news.  It is after all the hub of American politics and full of culture and history.  Every grade school student in the U.S. dreams of one day attending the upper school field trip that will take them through the halls of the Smithsonian or have them face to face with the Lincoln Memorial.  Those that live here in and around the fine city of D.C. often take the cultural and historical opportunities for granted.  In that same way the small and interesting stories in our city can be lost in the midst of all the stories deemed more front page worthy.

Here are some interesting items of news that you may have missed and truly need to know: