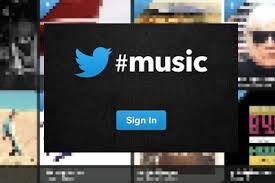 Those hoping to discover new artists and music and those hoping to be discovered by the masses should be paying attention to the new music twitter app.  The app has many layers to it which will be appealing.  The app recommends tracks based on the Twitter account follows, it allows a person to tweet the songs they are listening to and like, users can discover tracks through a listing of the most popular tracks or those up and coming, and it also allows users to preview tracks through iTunes, Spotify, or Rdio.

The new music app was launched online Thursday.  It is a highly anticipated app and according to a reliable source the Twitter platform is a popular platform to reach new fans and to launch a music career.  It is estimated that eight of the top most followed Twitter accounts are held by music artists.  As consumer use changes it is important for music artists to discover how to use social media to their advantage especially since the music industry has been deeply impacted by changes in consumer demand and how they discover and purchase music.  According to the Recording Industry Association of America, over one half of the music industry’s revenues came from digital downloads, subscription revenue and advertising through digital music services.

The ability for artists to reach potential listeners will be offered by following searches and twitter posts of those people pushing their admiration for similar artists.  It also provides the same opportunity for listeners to find similar artists by looking for tweets that are posted by other accounts that like similar music.

Time will tell if the app is as well received as is expected.  While the abilities offered to Twitter users is attractive, without the adaption of the app it loses its wide spread appeal.  If you would like to know more about the app you can do so here.  Make sure to follow us on Twitter and we’d appreciate you sharing tweets about CAISO.