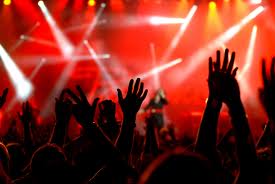 There is perhaps no better time in history to be a singer or musician.  In times past it was a rare opportunity to have your music heard but today there are all sorts of vehicles in which to become a professional and perhaps an icon in the music industry.  There is YouTube which has launched the start of many stars including Justin Bieber and there are countless reality shows searching for the next big star such as The X-Factor, American Idol, America’s Got Talent, and The Voice.  In other words, if you want to make it in today’s market there may be a lot of competition out there but the opportunities are readily available for you to take advantage of and make a go of it.

Whether you are sending in an audition tape or posting a video the important thing to remember is to put your best foot forward.  Use the best quality recording of both video and audio to share with the expected audience.  If you put up an amateur level video it might get noticed but as the bar has been raised in what is being published so is the expectation of what is viewed.  Don’t take a chance and think that lower quality is acceptable – do your best to share your very best.

Be creative in how to share your music.  For instance it was not until people started doing parodies of “Call Me Maybe” by Carly Rae Jepsen that it started to get a bigger audience and became a hit.  The latest viral hit of “Gangnam Style” by Psy was at first a YouTube hit in the US before it became a hit on radio and TV as well as selling on iTunes.  If not for YouTube sharing the Korean hit it might never have been heard by the English speaking audience.  Now practically everyone can say they are a fan of K-Pop (Korean Pop) which is the category of Psy’s hit song.

Perhaps getting a clever parody of people acting out your song could get it noticed.  All you have to do is list the credit of your music and the next thing you know it is in demand by a larger audience than would never have heard it had you just taken traditional routes with your music.

Once you load your music onto a site such as YouTube or Vimeo then you need to take action to share it.  Don’t load it and expect the world to find your video.  You need to be your own publicist and share, share, share.  Send links to your social media contacts and ask them to share as well.  Pass the link to bloggers and ask that they embed the video into a post or share the link. Send the link to all of your friends and family and on and on and on.  Then do it all over again with a clever introduction or another plea to share the video.  Take into account the views that occur and try to take notice of which marketing techniques are getting you views of your video.

If your dream is a career in the music industry as a singer, band member, composer, or writer then there are opportunities awaiting you.  The only mistake you can make is not taking advantage of them.