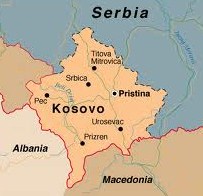 Giving back is something that CAISO, the world famous steeldrum band based in the DC area, is well known for in their community.  Now they are going to be able to extend their reach of giving as they are traveling to Kosovo on a Goodwill Tour organized and made possible by Nicole Burdett of Pro Sports MVP and the USO.  It is an opportunity that the band is looking forward to both as a group and individually.

Michael King, Jr., a steelpannist with the group, is especially excited about the opportunity as his father is a veteran having served our country in the Vietnam War.  He said, “It is an honor to be asked to be a part of the Goodwill Tour for US troops in Kosovo.  My dad, Michael King Sr., is a Vietnam Veteran and former steelpannist. We would like to thank Nicole Burdett of Pro Sports MVP as well as the USO for allowing us to give back to the troops that dedicate their lives to service and defending our civil liberties”. 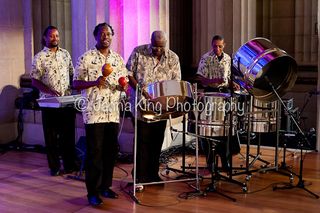 The Goodwill tour will keep the band busy from September 1st through the 5th.  They will then return back to the area and begin to work busily on the many bookings filling their calendar.

They will be performing throughout the end of summer every Thursday, including tonight, at Clyde’s of Chevy Chase from 5PM to 9PM.

To learn more about private or public booking events for CAISO visit their booking page at: Booking Info CAISO