Spotify and Facebook: Music Meets Technology Once Again and the Consumer is Poised to Benefit 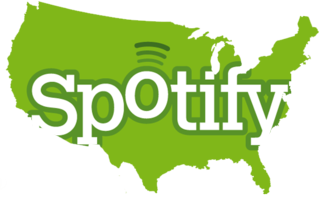 Technology often brings us things in ways we never thought of before or thought would be possible.  It turns out that one of the biggest keywords buzzing in technology markets right now is music.  Tie-in both technology and music together and consumers are not only likely to benefit but likely to have strong opinions.

One of the main topics is the new possibility of Facebook setting up to bring music to its members.  An engineer was poking around in the code for the new video streaming inside Facebook and found evidence that they are about to launch a plugin called “Vibes” as well as a video chat plugin called “Peep”.  Below is the code that revealed the information:

No one really knows what “Vibes” will involve and Facebook isn’t going to reveal anything if they can help it until it is launched.  Some believe it could be a plugin that allows users to share what music they are listening to or like.  Others believe that Facebook could be ready to offer paid downloads to its users.  Facebook users are vocal about what they think of such an offering of either of the two previous product suggestions.  Some complain that Facebook is wandering from what makes Facebook, well Facebook, and that they may be trying too hard to be everything to everybody.  While others are holding out that the social media giant that brought innovative opportunities in their social platform may indeed be bringing something new and shiny to its users with Vibes.  Time will tell of course, what do you think?

Another big music buzz happened today when it was announced that Spotify, a music streaming service in Europe, would soon be available in the US.  The US isn't familiar with Spotify and it is important to not confuse this music streaming service with others.  Unlike other music streaming services available over the internet for computers, tablets, and mobile phones, instead of songs being chosen for the listener such as Pandora does, the service from Spotify allows the user to pick their own playlists.  It is like having access to a vast mp3 library that you can control and listen to without having to buy each song.  Instead, you pay a rental or leasing fee monthly to have access to the library.  In other words, instead of buying your music you will be renting it.

Spotify has ran into problems in the past trying to get their service into the US, but they seem to have ironed out all of the previous wrinkles and the New York Times is reporting that it could be available as soon as this week.  Pricing has not been announced yet, but usual pricing for the service would put it at closely $5.00 per month for Web access and $10 per month for mobile phone access.  When a user stops their service the songs are no longer available.  One plus is the service allows streaming of stored playlists while offline so smartphones would not have to maintain access to the service at all times to work.  This service is likely to lead to new habits when it comes to music consumption for many music lovers.  Not only are they likely to rent versus buying but they are also likely to become more experimental with trying out new artists and bands which could amount to a revival in the music business.  What do you think about Spotify, would you rent your music over buying it forever?