« Happy Thanksgiving! Some Links to Help You Make the Most of the Holiday! | Main | NFL.com - Top 10 Thanksgiving Performances »

Grap Luva on the Death of Heavy D 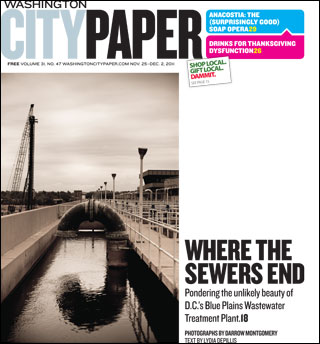 D.C.-based rapper/producer Gregory "Grap Luva" Phillips grew up around hip-hop royalty in New York, and is probably best known for his appearances on 1992's Mecca And The Soul Brother, by Pete Rock (Grap's actual brother) and C.L. Smooth. (That's Grap at the beginning of "On And On.") We had a hunch that he'd want to talk about the late Heavy D, so we asked him for some recollections. Here's what he sent:

Dwight "Heavy-D" Myers was a great dude because he was a real dude. He helped or tried to help so many folks in the city of Mt. Vernon, NY. He also was the dude that would come in my Mom's house, clanging her pots on the stove looking for goodies from Mom. From there, he would go upstairs and kick it with my sisters and oldest brother all while giving my brother and I all of 5 minutes to get ready so we can go on a "Heavy-D tour" in his latest ride. This time it's the drop-top Saab and we end up at Al B. Sure's "Rescue Me" video at the Apollo Theatre in Harlem, NY.

So many fond memories and so many things were taught to me...some I paid attention to and some I forgot. He was not flawless because, like I stated previously, he was real. But his good ALWAYS outweighed his bad with me. We have had an argument before but it ended in him showering me with love and me returning that love!!

The first time I went to California, first time on a tour bus, first time I met some of my favorite artists (Slick Rick, Big Daddy Kane) Hev was responsible for that.  He put me in his videos and gave me shine and shouts on his records. He sampled my voice for the "Sister, Sister" record on the "Peaceful Journey" album (I'm saying "sister, sister" on the record). Shoot, he gave me my name!! "Grap" came from Hev. He just started calling me that one day. He then solidified it in the song "Gyrlz They Love Me" off of the "Big Tyme" album. It is a condensed version of my full name. Dope! He was a spiritually strong person as well. He was a child of Jah for sure. I am sure he would want us to celebrate his life instead of mourning his transition. It's just too surreal for me right now though.

I want to have a BIG party for him one day soon! Man, I could talk for days about the things he did for his community, but the greatest thing he did for his community was make you proud to be from Mount Vernon, NY and Jamaica (WI) at the same time! The great things that I state in this writing are just the tip of the iceberg when explaining or defining his character as a man. I will never forget the moments that I spent with him and I will love him iternally!! Jah Bless Dwight "Heavy-D" Myers....love you cuz! I am gonna make sure your legacy rocks on!! I cannot thank you enough!!!

Got to go and listen to some Hev joints!