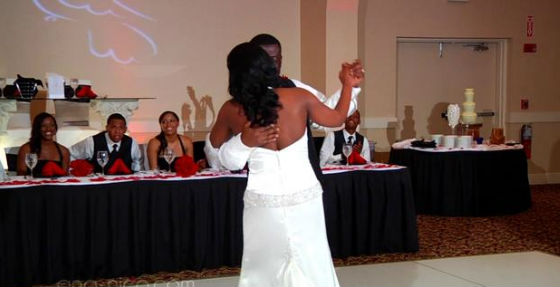 Caiso SteelBand performs at many Weddings every year, but none like this.  After upending most everyone's expectations of what a father-daughter wedding dance should be, Ashley Richmond from Houston and her father David Sparks are on their way to an appearance on NBC's Today Show this Monday.

A video of their dance -- actually a series of dances -- was featured on Yahoo and it caught on like wildfire.

Houston company A&A Video shot the footage. As John Graves, director of marketing/Business Development told Art Attack: "Weddings today are not like they were 10 or 20 years ago.

"Weddings today stray from the boring ceremony of previous years and they now
showcase more of the personality and charisma of the couple and family," Graves said.

Of course, after watching the video, it's hard to imagine anyone doing it much better than Ashley and her dad.