« How to Play Steel Pan Drums in a Band : Playing a Melody on Steel Drums | Main | Never Fight a Ninja » 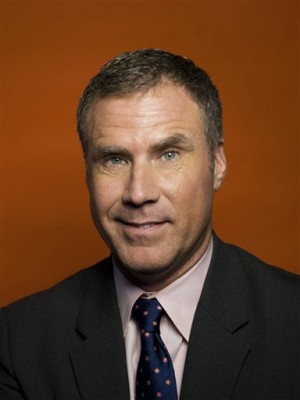 The "Saturday Night Live" star who perfected his character as "President George W. Bush" and later took his presidential act to Broadway is receiving the nation's top humor prize Sunday night in Washington.

As Will Ferrell receives the Mark Twain Prize for American Humor at the Kennedy Center for the Performing Arts, Jack Black, Conan O'Brien, Larry King and the rock back Green Day will offer tributes and performances in his honor. They will be joined by Maya Rudolph, Molly Shannon and Lorne Michaels from Ferrell's "SNL" days. The show will be taped for broadcast Oct. 31 on PBS stations nationwide.

When the award was announced in May, Ferrell said he would begin "cultivating a Mark Twain-esque mustache" for the event. He was spotted Friday in the White House press briefing room ahead of Sunday night's ceremony, though there was no word on the state of his mustache.

Earlier this year, Ferrell told The Associated Press why he wanted to be funny.

"The closest I can analyze it is that it was an easy way to make friends, I found out," he said. "It was just a great kind of social tool."

Ferrell is the son of a teacher and Roy Lee Ferrell, a guitarist for the Righteous Brothers. He grew up in Irvine, Calif., went to college at the University of Southern California and got his start in comedy with the Los Angeles improv group, The Groundlings.

That's where he was discovered by "SNL." He starred for seven seasons on the NBC series, with memorable characters that included "Craig the Spartan Cheerleader," a middle school music teacher named "Marty Culp" and impressions of Janet Reno, Alex Trebek and Neil Diamond.

Ferrell went on to make some outlandish movies including "Anchorman," "Talladega Nights" and "Old School," to name a few. More recently he has tried his hand at drama with this year's independent film "Everything Must Go." He has also made a Spanish-language comedy, "Casa de Mi Padre."

Ferrell told the AP he has tried different avenues as movie studio budgets tightened. He opted for projects with smaller budgets but more creative freedom.

In 2009, Ferrell revived his Bush character with a one-man Broadway show "You're Welcome America. A Final Night with George W. Bush," which was nominated for a Tony Award. He later performed the show live on HBO.

Longtime collaborator Adam McKay and Ferrell also took their comedy to the Internet with the 2007 creation of the popular video website FunnyorDie.com. Since then, it has drawn an audience of millions for its original Web programming.

Thirteen other people have won the Mark Twain Prize since 1998, including Tina Fey, Bill Cosby, Steve Martin and Whoopi Goldberg. It recognizes people who have followed the tradition of Samuel Clemens, the writer known as Mark Twain who used social commentary and satire to have an impact on society.