« Latino Musical Exhibit Offers Something for All Musical Palettes | Main | Come to Washington, D.C. for the Dedication of the Rev. Martin Luther King, Jr. National Memorial » 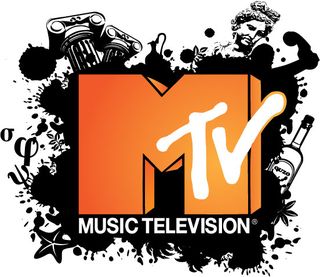 Thirty years ago today, a monumental musical event occurred.  At 12:01 AM on August 1, 1981 a new station came on the air, called MTV.  The first images broadcast on the new music television station were the launch of Apollo 11.  The first video was “Video Killed the Radio Star” by the Buggles and the rest as they say was “History”.  Music lovers, especially the young high school age and college age, were now going to be able to see their favorite musicians and bands more often than the usual Grammy awards broadcast or special guest appearance on a late night show, American Bandstand or Soul Train.

Teenagers and young adults now think of MTV as the channel to view reality TV, series aimed at the young adult, and short broadcasts once a day of the top videos.  But where are those videos?  What makes MTV “THE” music television station?  For those that were aware of the new MTV channel it was revolutionary.  Musicians became creative with their videos that held much more than what is seems is seen today, despite more technology.  Getting cable was a must just to have MTV.

For those wanting to revisit the nostalgia of the good ol’ MTV days, there will be a re-broadcast of the network’s first hour as well as marathon playing of music videos from the 1980’s.  However, this won’t be available on MTV, but rather VH1 Classic.  It will be a three day celebration beginning on the VH1 Classic channel on Saturday at 6:00 AM EST.

Mark Goodman, was one of MTV’s DJs (disc-jockey) which later was dubbed as a VJ (video-jockey), meaning they had invented a whole new genre of music hosts, recalled the growth of MTV in a recent interview with Rolling Stone.  He said, “Part of the job was to hang out with cable operators and convince them to pick up MTV.  Within six months we started getting these stories back from small towns in the Midwest and in the South where people were going into record stores and asking for the Buggles, who had been off the shelves for about three years by 1981. I also remember doing an appearance in Cheyenne, Wyoming at a record store where thousands of people showed up. I said, 'What's going on?' They said, 'You.' I was completely blown away, and I said, 'Okay, it's working.'"

He added, "I think we only had 300 videos at first.  Which is why you saw Andrew Gold every few hours. We also had lots of Rod Stewart, and even acts like Charlie Daniels. One of the early success stories was Duran Duran. We started playing 'Planet Earth' early on and it got them wide exposure. We started to hear about British bands coming to the States and being shocked by how many people showed up.

"As far as I know, MTV isn't doing anything in particular to celebrate the 30th.  MTV doesn't want people to think about how friggin' old they are. The people watching now were so, so not born when we launched. They were light years away from being born."

The days of videos the likes of “Thriller” by Michael Jackson are long gone, just as MTV being a music video television station is long gone.  Instead, videos are common, and can be downloaded and watched over and over, or viewed whenever you want on the Internet.  Who would think MTV would change so much or have such a large impact on music in general?  Then again, who could have predicted a television station based solely on short performances of music would evolve and give rise to several other video based stations.  Change occurs, but for those that can recall the good old days and the thrill of viewing a favorite video after hours of sitting and waiting in front of MTV, it will never be the same.  Happy 30th Birthday MTV!