« Come to Washington, D.C. for the Dedication of the Rev. Martin Luther King, Jr. National Memorial | Main | Fashion's Night Out 2011 from Manhattan to Milan »

A Local Weekend Jam Session Not to be Missed 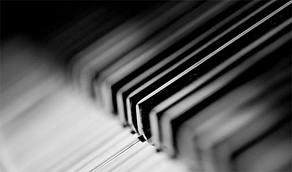 A jam session drawing everything from guitarists, horn players, and vocalists is available for our enjoyment every Saturday and Sunday afternoon at Columbia Station.  It has been hailed as the oldest ongoing jam session in the U.S., and is certainly not short on talent.  DC jazz legend Lawrence Wheatley started the weekend celebration of sorts back in the 1960’s.  It quickly became the training ground for some of DC’s finest musicians.  The jamming gets started every weekend day at 4 p.m.

Wheatley passed away at the age of 73 on October 19, 2008 after leading the jam sessions for four decades.  The Washington Post called him the "local music godfather" and "a legend in Washington's jazz community".  In an obituary by the Washingon Post, saxophonist Andrew White remembered Wheatley with this comment, "He was the champion and main mentor in town for jam sessions.  I had my first jam session with him at the Bohemian Caverns in 1960. My national career started right here with Lawrence."

Pianist Peter Edelman picked up the torch after Wheatley passed away, and has kept the sweet sound of jazz notes resonating for all to enjoy.  Edelman and his four man group play on the weekends, but also jam on Tuesday nights at Tryst.  The Edelman Quartet has many years’ experience together and it shows.  They are thought to be one of the best kept secrets among local jazz talent.

To understand the roots of the jam session, one has to first realize the passion for music of the man who started it all, Lawrence Wheatley.  He led the sessions for more than 40 years and was looked up to by many as the local music godfather.  Interestingly, even with all his accolades he refused to allow anyone to record his music.  Instead, he was more interested in getting people to come out and enjoy his live music. 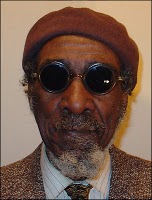 Wheatley honed his musical talents as he dropped out of Armstrong High School to pursue a career in music in the 1940’s.  During the 50’s he was part of an Army band in Germany.  By the 1960’s, he was leading a jam session at Bohemian Caverns on U street.  The performances then started at Columbia Station, where they continue today.

Wheatley was known to play for hours and had hundreds of tunes committed to memory.

For more information about the Columbia Station jam sessions held every weekend, call 202-462-6040.  We suggest you go and attend one and take part in a legendary jam session that is a part of DC's Jazz History.