Music, Music, Music: Things That May Have Passed You By in the Music World

For your enjoyment, here is a wealth of information about music, music, and more music!  Things that could have very well slipped under your music radar, but are too worthy to remain outside of your wealth of knowledge! When it comes to music festivals, one of the most world famous is the Glastonbury Music Festival in the UK.  Tickets sell out almost a year before the event and way before the expected performers are even announced.  The Glastonbury Music Festival just ended and this year’s performers included Beyonce, U2, BB King, Paul Simon, Fatboy Slim, Ke$ha, and even Kool & the Gang.  To get a glance of the 2011 lineup go here: Glastonbury 2011.  The atmosphere is a Woodstock type environment having begun the day after Jimi Hendrix died in 1970.  While there will be no Glastonbury in 2012, tickets are already on sale for 2013 and there is plenty of time to save up and make it a trip of a lifetime.  The lineup for 2013 will no doubt be spectacular due to the skip of 2012.  Visit Glastonbury and get a music dream vacation!

A new film, Rejoice & Shout, by director Don McGlynn traces the roots of gospel music.  With original interviews and performances, the film covers a century of the best known gospel music performers.  The film is heavy on performances and music with only enough of the interviews and background information needed to educate the viewer.  Critics are overwhelmingly positive about the film and it has been well reviewed.  Opening to select theaters, it is a must see film that is not to be missed by any age music lover.  Get show times in your area here: Rejoice & Shout

Where Live Concerts Can Be Found 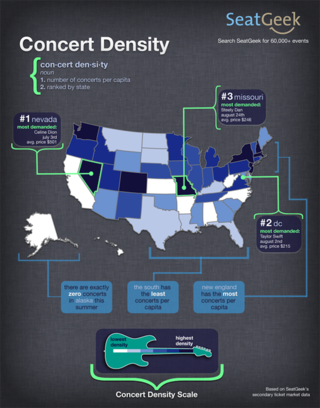 If you love music and want to know where you should live to have access to the most live music, then take a gander at this chart.  The data composed by secondary ticket sales group Seat Geek revealed that Las Vegas is the city with the most live music concerts per capita.  That result is probably no surprise to anyone familiar with the possibility of attending live concerts by big headliners any day of the week in Las Vegas.  Coming in second is Washington, DC followed by Missouri.  The chart gives a lot of interesting information, click on the image to enlarge in a new window. 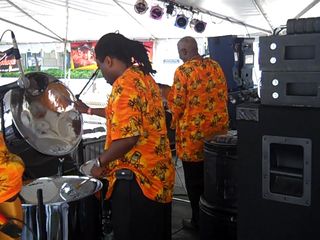 Did you know that CAISO has a YouTube Channel?  On it you can find a variety of videos, including one we especially are proud of - a video from a client endorsing our band and music.  We would love to have more of those.  If you would like to offer up written testimony, your personal pics, or a video testimony of your experience with CAISO then please email us and attach the clip, pics, or written information and we will be happy to share it on our site!  To visit our YouTube channel, please click here: CAISO Steeldrum Band - while there, please subscribe to our channel. 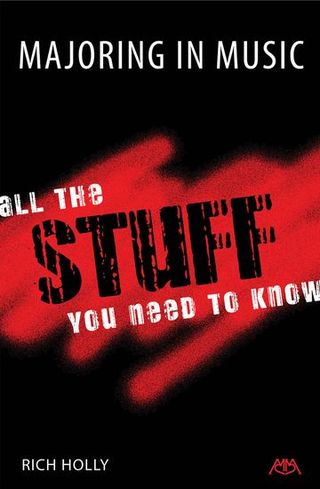 Ever thought about majoring in music in college?  Of course, there might be an app for that we don't know, but there is a book covering all you need to know about choosing to major in music in college.  Appropriately enough the title of the book is "Majoring in Music: All the Stuff You Need to Know".  Don't wait till it is time to go off to school to check out this book, and parents should purchase it long before the information is needed.  The book comes highly reviewed and is considered a great source for music lovers who feel the desire to make a career in music.  Under $11 for the paperback and under $10 for an eBook, it is affordable and full of valuable information.

Move over Rebecca Black, here comes Madelaine Zammit of Adelaide, South Australia who has become famous after posting a YouTube video of herself playing the guitar and singing an original song about Facebook.  For those who use Facebook the song touches on the usual gripes and annoyances of the social media platform.  Don't think a viral music video can find you more than the 15 seconds of fame experienced by Rebecca Black's "Friday"?  Have you heard of Justin Bieber or Adele?  We wish you luck Madelaine and remember we helped you along when you become famous for real! (Warning: The video does have some course language)