Royal Wedding will be a Musical Feast for the Ears 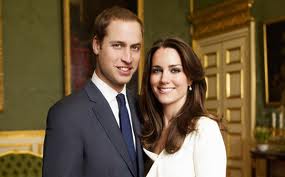 The royal wedding is drawing near and there will be much to see and "awww" about, but there will also be as much to take in when it comes to the music that will be included in the royal wedding.  The setting of the wedding at Westminster Abbey means that the couple will have access to the famous choir of the Westminster Abbey.  It has been released that they will also have music performed by the London Chamber Orchestra, the Chapel Royal Choir and the Royal Air Force Band.  This wedding is going to be a musical feast for the ears.

The palace made an official announcement that Prince William and Kate Middleton "have taken a great deal of interest and care in choosing the music for their service."  There will be choral works, hymns, and musical pieces that were written solely for the wedding event.

For some history on those supplying music, it should be noted that the Westminster Abbey choir is world famous.  It consists of 20 boys and 12 professional adult singers.  It will be directed by James O'Donnell.  Organist will be Robert Quinney.

The Chapel Royal Choir dates back to the time of the Norman Conquest of 1060.  The choir performs at the Chapel Royal at St. James' Palace for the royal family.

Christopher Warren-Green will be conducting the 39 musician London Chamber Orchestra.  It has been in existence since 1921.  It is a world renowned orchestra that anyone would be happy to have tickets to see a performance, let alone have them play at your wedding.

The wedding will not be the only musically graced event.  While receptions after the wedding will be private, those guests will have the opportunity to hear even more treasured performances.  The musical performers for the reception to be hosted by Prince Charles for the couple and their closest friends and family in the evening has not been announced yet.  No doubt it will be a list of some of the best known performers that are favorites of the couple.  It would be an honor to perform at the reception and there would be few that would turn down the opportunity.

While the couple will choose their own music, it will be interesting to see if they repeat any of the music chosen for Prince William's parent's wedding.  The processional was Trumpet Voluntary (The Prince of Denmark's March), by Jeremiah Clarke and the recessional was Fanfare, Rejoicing, by Major A. Richards and Pomp and Circumstance, March No. 4 in G, by Edward Elgar.

There has not been a wedding of this magnitude and with as much excitement since the Prince's parents married.  It will all be seen in the USA early morning on April 29.  There will be many brides and hopeful brides glued to the screen and taking notes.  An inexpensive and classy replication of a royal wedding would be to use some of the same classical pieces and hymns of the couple.

Of course to replicate the joy, fun, and good feeling of their reception a bride should contact CAISO - the wedding reception band of DC royalty!  We will make your wedding reception every bit as spectacular and joyful as a royal couple should have! One of the newest TV series to become a huge hit is the program Glee.  The show centers on a high school and the members of the school's glee club.  The members are a diverse group counting among them cheerleaders, football players, nerds, kids of different races, kids of different sexual orientation, and kids from different economic backgrounds all brought together for the love of music and performing.  The talent of the actors of this group lead to good acting, some well planned laughs, and an amazing number of music productions that are nothing less than fantastic.

The popularity of the show has led to many students looking to be a part of their own glee club.  The increased demand from students to find themselves a slot in a singing group has been coined as the "Glee Effect".  The increase in interest in music, singing, performing, and working with a group of other students is a wonderful result of the television show.  No one could argue that the experience would be beneficial for any student.

It is hoped that the Glee Effect will bring such a demand by students that public schools will be forced to reconsider the funding of music programs in schools.  There have been many instances where there was no funding available for groups and the members raised their own funds to cover expenses.  With a desire such as that it shows that there are young people looking for a new way to discover music and they should be encouraged in every way to do so.

The Glee Effect has been credited with promoting choir groups and music interest in not only high schools but in member clubs, grade schools, and at college level.  Glee takes what was once considered uncool and has turned it around to be cool.  For some it isn't the cool factor but the belonging to a group with a purpose to perform and bring enjoyment to others that draws them.  As a self proclaimed Gleek, as Glee fans are known, this is one fad that hopefully will carry on and spur more to express themselves through music and voice and the world will be the better for it.

For more great information of the Steelpan instrument you can visit my SteelDrum Music Blog at http://www.CaisoSteelBand.com